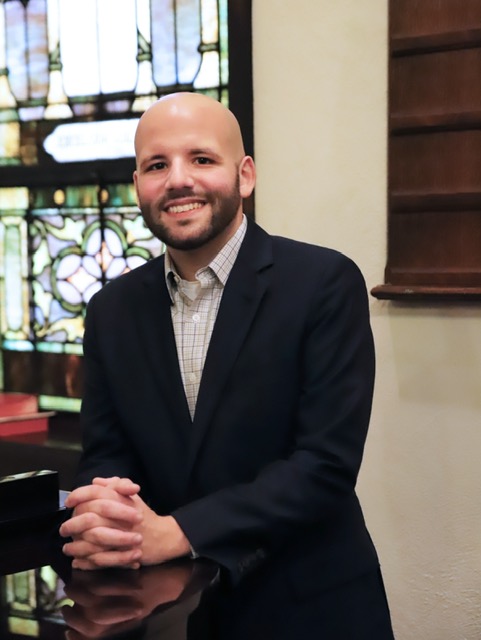 Before coming to St. Luke’s, Josh served as Minister of Music at Thrasher Memorial United Methodist Church and Greene Memorial United Methodist Church, Chorus Master/Director of Education & Community Engagement at Opera Roanoke, and Director of Sales at the Roanoke Symphony Orchestra. He also held a Music Faculty position at Radford University where he taught Music Theory. Josh has completed Doctoral Studies in Choral Conducting and Pedagogy, and holds a Master of Music in Choral Conducting from Messiah University, a Bachelor of Science in Music from Radford University, and a Certificate in Sacred Music from Virginia Wesleyan University with additional graduate studies in Choral Conducting at the Shenandoah Conservatory of Music. He has served as a clinician for church music workshops and as an Adjudicator for All-District and All-State Chorus Auditions, as well as serving as a judge for the Bland Music Competition for the Lions Club of Virginia.

In May 2017, Josh led the Thrasher Memorial Sanctuary Choir in a concert tour to New York City, where they premiered a new work at David Geffen Hall, Lincoln Center. The choir returned to NYC in April 2018 to perform with the Virginia Wesleyan University Choir at Carnegie Hall. Josh will travel to NYC again this June to serve as the Guest Conductor for a choral concert with full orchestra in Carnegie Hall.