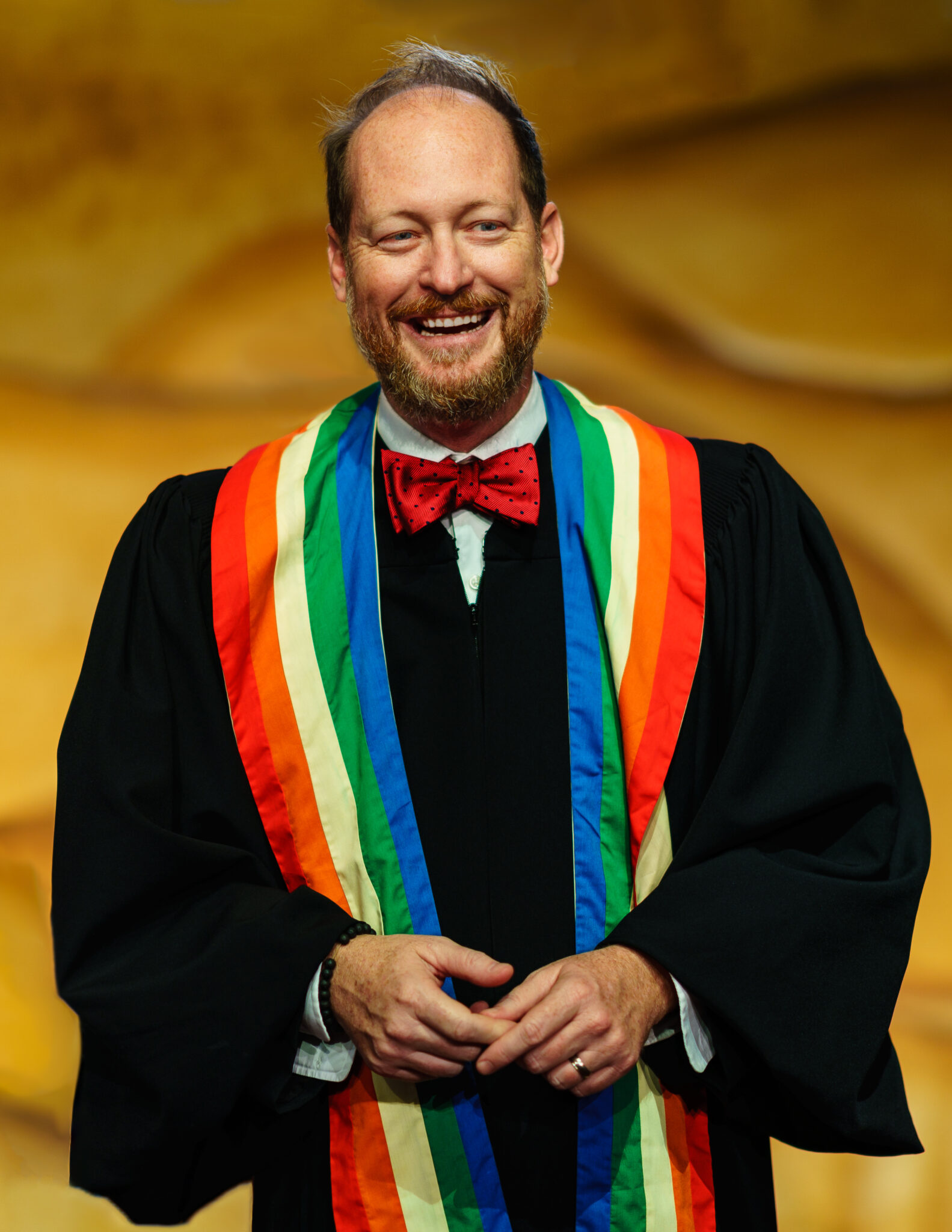 Pastor Jad, the Minister of Care, was appointed to St. Luke’s in 2012 after graduating – along with his wife Shelly – from Emory University’s Candler School of Theology.

Caring is one of St. Luke’s essential ministry commitments and it involves congregational care, the building of Christian friendship and support, and a sense of genuine Christian concern. Pastor Jad has general oversight of the congregational care ministries which includes the St. Luke’s Counseling Center, Hospital and Home visitation, Crisis support, Grief and funeral support, Grief recovery, Stephen Ministry, Divorce Recovery, and others. He teaches spiritual formation classes regularly and preaches regularly in worship.

Jad’s undergraduate degree is in Broadcast Journalism with a minor in Philosophy and Religion from Flagler College in St. Augustine, FL. where Jad could surf and play tennis. He was born into a family of United Methodists – his father and elder sister are Ministers in the Florida Conference of the UMC – where justice, mercy and inclusion of all, were understood as the work of Christians, and the expression of the grace and love of Jesus Christ. Jad spent 13 years in the Florida Conference as a Youth Minister, primarily in Ft. Lauderdale and Clearwater, FL., before attending seminary. While in seminary, he was a member of Candler’s Sacred Worth Community and the Evangelical Society. In both groups he worked to build bridges of acceptance and inclusion through the power of Christ’s love. Jad was elected in 2007 and again in 2011 to represent the Florida Conference at the 2008 and 2012 General Conference of the UMC. Subsequently he was elected to the UMC’s General Board of Church and Society and has served on the Board of Directors since 2008. In 2012 Jad was elected as the president of the Florida Chapter of the Methodist Federation for Social Action. Jad and Shelly are passionate about justice for and acceptance of all of God’s creation. They have three children Lleyton, Hayden and Lillian who keep them laughing and enjoying life.