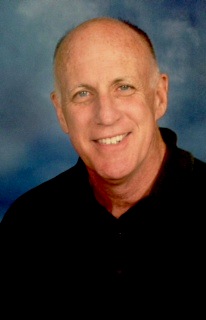 I had jury duty this week. I didn’t end up on a jury—no one usually wants a preacher—but I spent a whole day in the jury pool room at the Orange County Courthouse. It’s a very nice space, especially if you are into magazines from 2010 and chairs that force you to sit up straight. (Well, you can slouch, but your back will pay for it. Trust me; I know.)

It’s a very interesting thing to do if you are a people watcher. Out here in Southwest Orlando where the living is easy, we rarely see men in suits and ties (except for Sunday at St. Luke’s in the traditional services, and wherever Pastor Corey is preaching). And even rarer to see women in tailored suits and high heels carrying briefcases. But boy, were they all in evidence in the courthouse!

In fact, there were four types of people whose reasons for being at the courthouse were pretty much identifiable by what they were wearing:

• Defendants (mostly male) wearing ill-fitting suits that belied their attempts to look like they wore them all the time.

• Family members of defendants wearing pretty much anything and everything.

Everyone was dressed for her or his role there. As I watched them over my 2011 May issue of “Modern Bride” magazine, I wondered who they were, where they had come from, who they were texting on their cell phones, and what their “stories” were. Everyone had some reason why they were there in the shadow of justice that day.

This week in worship we come to another family relationslip that we might have thought had been adjudicated chapters ago. Once again, the dispute involves Sarah and Hagar, and now, their boys, who are actually apparently getting along just fine as half-brother playmates. In this iteration of the “slip,” Sarah takes the role of victim; Hagar is the defendant; and Abraham (Yikes! That darn triangle, again!) is the judge. When all is said and done, however, everyone is actually a victim, and we are left with two mothers who will do whatever it takes to protect their sons.  As always, in the midst of all that is painful, confusing, and even unfair, there is God.

Read Genesis 21:1-21 for Sunday, and find your own story there if you can.

Dress code for worship: all of the above, but remember, God has clothed us with “the garments of salvation,” (Isaiah 61:10) flip-flops and all.

And that’s why it’s not ST LUKE’S without U!

To subscribe to St. Luke’s Weekly Update emails, please complete the form below.